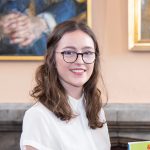 Rugby Family duo named Cork Persons of the Month for May

Munster rugby stalwarts and father-son duo Jerry and Billy Holland have been honoured with the Cork Persons of the Month award for May to mark their decades of contribution to rugby. Both Jerry and Billy are former Munster Rugby Players.

Jerry Holland as a player, coach and manager helped transition rugby from its amateur era to the present professional one and together with others helped create the Munster brand. Jerry was also Munster Head Coach from 1994 to 1997, during which time the team won the coveted IRFU Interprovincial Championship twice and all Heineken Cup home games. Jerry also managed the Ireland A team in 1998, and Munster from 2000 to 2008, seeing the team win the Heineken Cup in 2006 and 2008, and has been director of Rugby in Cork Constitution since 2010.

Jerry’s son Billy also has a long established rugby career. The player is second on the All-Time list of Munster players with over 245 caps. During this time, Billy captained the Munster team forty-seven times, and has been capped by Ireland. At the end of June, he will retire from professional Rugby.

In 2020, Billy and his wife Lanlih raised over €500,000 for Crumlin Children’s Hospital, CUH Children’s Wards and the Ronald McDonald House, in honour of their late daughter Emmeline. Off the pitch, Billy holds a degree in Civil Engineering from UCC, QFA Qualifications and Higher Diplomas in Accounting and Corporate Finance, and Project Management.

Speaking about the award winners, organiser Manus O’Callaghan said, ““The Hollands’ are one of Cork’s great rugby families and have made a major contribution to Cork, Munster and Irish rugby over a very long period.”

Jerry and Billy Holland now go forward for possible selection as Cork Persons of the Year at the annual Gala Awards Lunch on January 21st, 2022.