Dr Barry O’Connor, President of Cork Institute of Technology (CIT) was the guest speaker at this morning’s Cork Chamber Business Breakfast at The Kingsley Hotel.

Dr O’Connor was appointed as President of CIT in 2017, bringing with him decades of academic experience across a wide range of universities throughout the globe. This included 25 years in UCC and sabbaticals in third level institutions in France, USA, Portugal and Sweden.

With over 15,000 enrolments, CIT is one of the largest third level institutions in Munster and offers prospective students opportunities across a vast range of academic faculties. These include courses at the Cork School of Music, Crawford College of Art and Design and the National Maritime College in Ringaskiddy.

Dr O’Connor told the Business Breakfast that a recent study in UCC revealed that for every €1 of state investment in the university, it returned €5.86 to the economy. This, he said, demonstrated the value of investment in the third level sector, something which attracted controversy during the economic crisis where investment was severely curtailed.

A central theme of Dr O’Connor’s speech was the partnership model that CIT promotes. One of the key partnerships that CIT has pursued is with UCC, where there has been extensive collaboration over many years. In fact, CIT and UCC are the only third level institutions in Ireland that offer joint courses for students. The partnership is a first of its kind in Ireland and something Dr O’Connor hopes will expand in the years to come. CIT is also actively working with IT Tralee to establish a Munster Technological University. It is expected the first students will be enrolled in September 2019, something which would mark another ground-breaking partnership by CIT. Among the many benefits of such a university would be the provision of innovative and flexible education, research and other services.

Dr O’Connor said he was very much excited by the potential of Cork and how CIT can be an integral part of the economic success of the city and county. He spoke about the achievements of former CIT students across a range of academic, engineering and sporting fields and how integral it has been in the development of the region.

He explained that Larry Poland, the former Head of School of Electrical and Electronic Engineering in Cork RTC at the time, was the key man in persuading EMC to locate in Cork, which was the company’s first venture outside of North America. When meeting an executive of the company he said “I’m from Cork, what can I do for you?”

Wise words to live by. 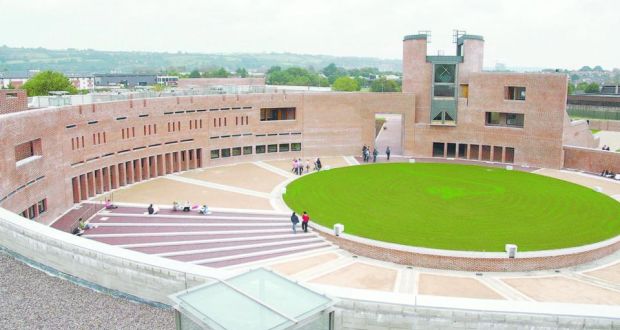