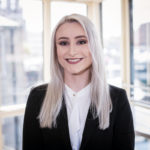 Award winning writers William Wall and Tadhg Coakley are very much part of Cork’s great literary tradition and both have now been chosen as October Cork Persons of the Month.

William Wall was born in Cork City but grew up in the East Cork village of Whitegate. He graduated from University College Cork (UCC) with a degree in Philosophy and English and holds a PhD in creative writing, also from UCC. He started his career as a teacher of English at Presentation Brothers College, Cork. But the art of writing was always his first passion. He published his first piece of work, a collection of poetry, in 1997 and won the Patrick Kavanagh Poetry Award. In 2000, his first novel, ‘Alice Falling’, was published.

To date Wall has published six novels, four collections of poetry and three collections of short fiction. All of his novels have been set in and around Cork City and county. ‘This Is The Country’ in 2005, is considered by many to be a rite of passage novel which is an attack on “Celtic Tiger” politics in Ireland. This novel was longlisted for the Man Booker Prize, and shortlisted for the Irish Book Awards. His most recent novels are ‘Grace’s Day’ and ‘Suzy Suzy’. In 2017, William Wall received international recognition by becoming the first European writer to win the Drue Heinz Literature Prize in the USA for his collection of short fiction ‘The Islands.’ He has also won the Seán Ó Faoláin Short Story Competition, and the Virginia Faulkner Award and been shortlisted for many more. See his full list of work as novelist, poet and short story writer on www.williamwall.net.

On the subject of COVID-19 William Wall said, “A million people have died of COVID worldwide and millions more are seriously ill. In that context we’re called upon to do our best to limit the spread of the virus. If we all do our bit we’ll get through and be in good shape for the time when a vaccine comes. All plagues die out eventually. Viruses mutate to be easier to catch but in the process they have to be less dangerous – someday it will turn into something like a nasty flu. We just need to hold it together until that happens. So we should wear our masks, wash our hands, reduce our contacts and avoid crowds. We’re not just doing it for ourselves, but for our relatives, for our neighbours, for our friends and for our community. And we’re doing so our nurses and doctors and hospital staff are not overwhelmed.”

Tadhg Coakley from Mallow, who now lives in Ballinlough, began writing later in life. After taking early retirement from his job as a librarian in CIT he turned to writing.  He enrolled in the MA in Creative Writing in UCC. His MA gave him the confidence to write his first novel, ‘The First Sunday in September’ which was published in 2018 and was shortlisted for the Mercier Press fiction prize. Tadhg’s next novel ‘Whatever It Takes’, a crime novel set in Cork, was published in August 2020 and named as the 2020 Cork One City, One Book. The One City One Book project transforms Cork into a citywide book club, with individuals, groups, and organisations reading one selected book, in turn building a sense of community, promoting reading and literacy. Facilitated by Cork City Libraries, the project also aims to support emerging local authors. His most recent work is a biography of Cork dual-star Denis Coughlan. Get more information on Tadhg at tadhgcoakley.com.

On COVID-19 Tadhg Coakley added, “Answer me this: How much is a human life worth? More than your right not to wear a mask or social distance? How about somebody old, or someone who is already sick? Surely their life is worth less, isn’t it? Less, maybe than your entitlement to have a big sing-song in your local or celebrate with your team mates? Sure, so what if somebody in a meat factory or Direct Provision gets sick? I missed out on so much, why shouldn’t I have a house party with my pals? Does waving a tricolour and shouting abuse at people wearing masks or immigrants make you a patriot? Or are you a patriot if you get up at six in the morning fearful of the nursing shift you have to put in, but you do it anyway? To look after people who caught the virus from a family member just back from a trip away? So what if you have a few symptoms, it’s probably just a cold, isn’t it? Self-isolating is such a bore, isn’t it? Living with Covid-19 is the best we can do, isn’t it? How much is a human life worth? “

“Tadhg Coakley wore the red jersey with distinction in hurling so it’s not surprising that his great interest in sport crops up in his writings. In fact, his next work is a memoir/book of essays about his life in sport,” said awards organiser Manus O’Callaghan.

Speaking on their awards win William Wall said, “It’s an honour to be named as Cork Person of the Month. Cork is a city of many writers and great talkers. It has given me so much material to work with over the years, you could say it is city of the month for me every month.”

Tadhg Coakley commented, “In my younger days I would never have thought that I’d be receiving this award in honour of my writing. But I am delighted that I chose to pursue my passion, and the fact that people enjoy what I do is truly heart-warming.”

Awards Organiser Manus O’Callaghan added “Bill Wall and Tadhg Coakley are two people that Cork people would just like to say “Thank You For The Work,” so it’s nice that we can do that on their behalf.”