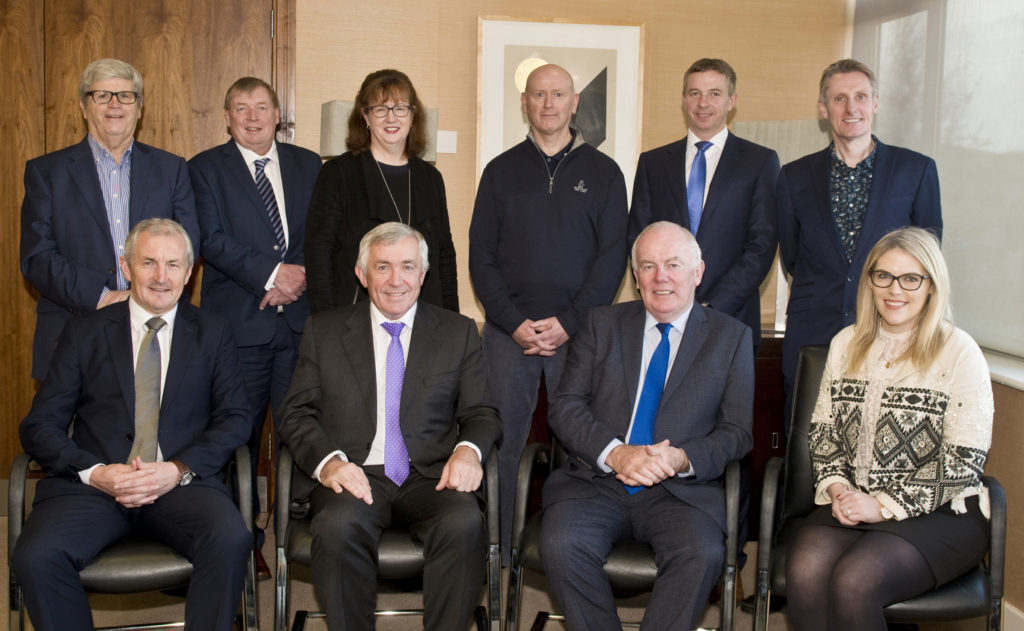 The December Cork Person of the Month is Michael O’Flynn, who chaired the Liam Miller tribute organising committee that raised €1.5 million.

Michael O’Flynn said he was delighted to accept the award on behalf of the whole organising committee and especially on behalf of the people of Cork who contributed so generously, helping to raise the €1.5 million.

Thirty-six-year-old former international and Cork City star Liam Miller passed away earlier this year of cancer. Liam was a neighbour of Michael O’Flynn and, as a gesture of support for his family, Michael mounted one of the most high profile fundraisers ever witnessed in Ireland. Key figures that Michael was able to mobilise to support the initiative included Roy Keane, Sir Alex Ferguson, Martin O’Neill, John O’Shea, Graham Barrett, Ciaran Medlar, Ger Gilroy, Celtic chief executive Peter Lawwell, Manchester United chief executive Ed Woodward and Denis O’Brien, amongst many others.

€1 million has been paid into a trust for Liam Miller’s family. The remainder of the funds were distributed to several worthy recipients, including €250,000 to Marymount Hospice, where Liam received end of life care, €100,000 to the Jack O’Driscoll fund, €35,000 to Mercy University Hospital Foundation, €35,000 to the Oesophageal Cancer Fund, and €20,000 each to Enable Ireland, Cork Simon Community, Cork Penny Dinners and Down Syndrome Cork.

“There are many people I’d like to thank, especially the GAA for the use of Páirc Uí Chaoimh, Lord Mayor Cllr Mick Finn, City Hall, local politicians and, of course, Liam’s former team mates from Cork City, Manchester United, Celtic and the Republic of Ireland without whom the event could not have happened. I would especially like to thank all of the members of the organising committee who put a huge amount of work into the event, as well as the 45,000 people who packed out Páirc Uí Chaoimh on the day. It was truly an historic event in Cork and made me so proud of our city and county,” said Michael O’Flynn.

Roy Keane added “Everyone involved in the game is delighted with the amount raised last September, which will benefit so many people. The response from the public towards the Miller family is truly amazing.”

Cork Person of the Month award organiser Manus O’Callaghan said: “We got a huge amount of nominations for Michael for this award. Indeed, quite a few also mentioned the many other Cork charities and causes he has fundraised for over past decades, especially for establishing the Cork Friends of Crumlin group, which helps Our Lady’s Children Hospital and the National Children’s Research Centre.”