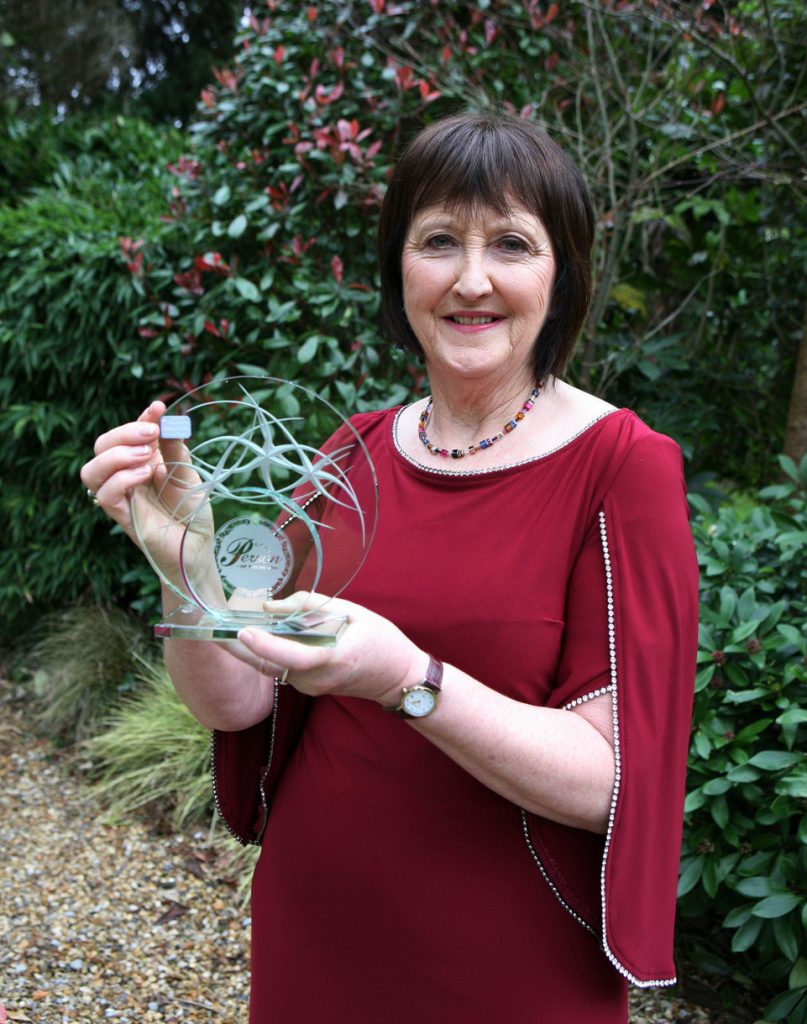 The Múscraí-based Máire Ní Chéileachair was recently awarded the much coveted and highly acclaimed Corn Uí Riada at Oireachtas na Gaeilge, following on from a host of highly regarded Sean-Nós singers.  In 2018, Máire was also crowned TG4’s Singer of the Year and launched her second CD entitled Ceantar Glas Mhúscraí.

Despite beginning her singing career later than most, at forty years of age, Máire has proven that age bears no limits when it comes to achieving goals.  Speaking about recent accomplishments, Máire said “2018 has been a whirlwind of a year for me, but I’m looking forward to what’s in store for me this year. I very much appreciate and value the support of my family, friends and the people of Múscraí and Cork.”

With a professional background in education, Máire is known in both her local community and University College Cork for passing on her knowledge of Sean-Nós and traditional music to aspiring young musicians.  Speaking about her success, awards organiser Manus O’Callaghan said, “MáIre Ní Chéileachair has quickly become a household name for all those who love Sean-Nós and traditional music both here in Cork and nationwide.  Her contribution to the arts is outstanding, and we look forward to following Máire as she continues her career as a singer.”

Máire Ní Chéileachair’s name will go forward for possible selection as the Cork Person of the Year on January 17, 2020 at a Gala Awards Lunch held in Rochestown Park Hotel.