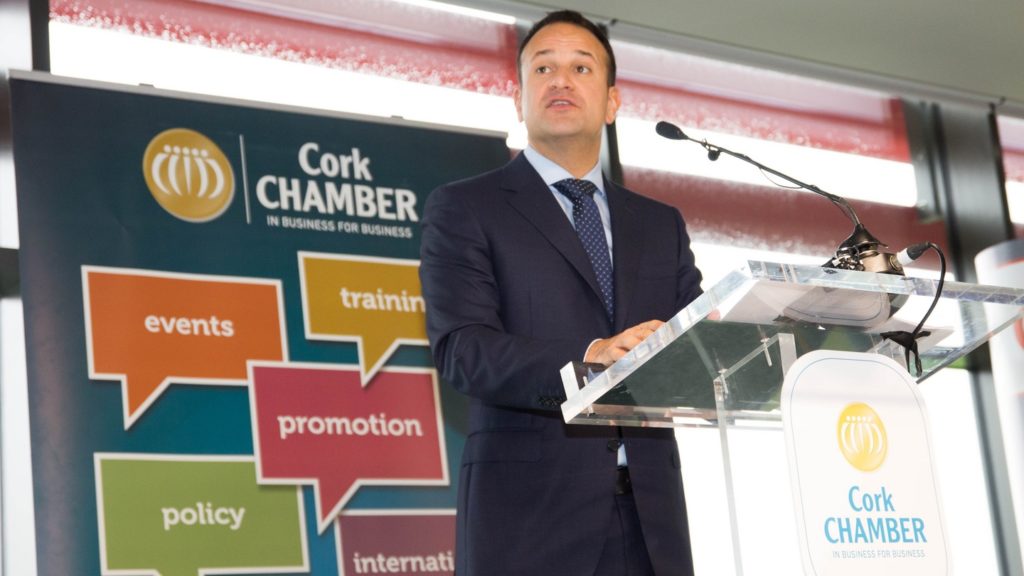 On his first official visit to Cork as Taoiseach, Leo Varadkar delivered plenty of good news to over 400 attendees at the Cork Chamber of Commerce Business Breakfast, held at the recently-opened Paírc Uí Chaoimh.

To mark the fact that the first cabinet meeting was being held in Cork for 12 years, the Taoiseach announced a number of capital projects for the county, most notably that funding has been secured for the new Cork to Limerick motorway.

There was something in the air when a few of the Dublin journalists like Chris Donoghue from Newstalk and Miriam Lord from the Irish Times attended the business breakfast despite the fact that the main media opportunity of the day was in UCC for the Cabinet meeting. There was also a plethora of Government and opposition politicians in attendance to hear the good news.

This was a well-orchestrated and planned event, showing the new Communications Unit the Taoiseach has established is in full swing.

The Taoiseach also announced that work will soon being on the upgrade of the Dunkettle Interchange and N22 Ballvourney to Macroom Road.

As is often the fashion with politicians, the Taoiseach was over half an hour late but that did little to dim the atmosphere in the function room at Paírc Uí Chaoimh as the attendees enjoyed breakfast and refreshments at the event. 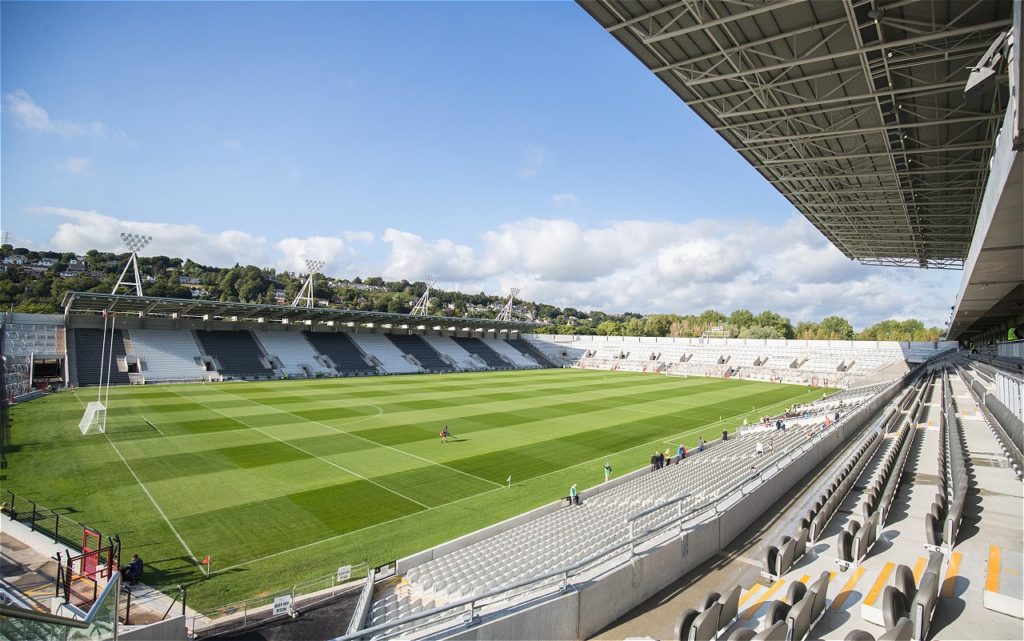 In his speech the Taoiseach also made reference to a number of great Cork politicians, most notably the late Hugh Coveney who had been a prominent member of Cork Chamber before later becoming a TD and Minister. There was also a tribute to the late Taoiseach Jack Lynch, born 100 years ago, in the words of the Taoiseach “in keeping with new politics”. It’s rare for a Taoiseach or any politicians for that matter to pay tribute to someone from the other side, but he kept it to praising Lynch’s sporting prowess rather than anything he achieved from a political perspective.

The visit of the cabinet to Cork came three days after Budget 2018 was announced and the Taoiseach was quick to accentuate all the positives, such as the fact it was a neutral Budget for the first time since the economic crisis hit, the added capital investment programme, the Brexit loan scheme for SMEs etc.

It will be interesting to see how fast these announcements will come to fruition, we in Cork may be a little skeptical about major capital investment announcements since the infamous sod turning for the stalled Events Centre, which worryingly didn’t receive any mention at all from Mr Varadkar.

The announcement of funding for the new Cork-Limerick motorway is a hugely positive step and will help both Cork and Limerick provide a counterbalance to Dublin in attracting FDI and jobs to the region. To be able to market itself as a key region for investment, the infrastructure surrounding our city needs to be modernised and developed. Government support for these projects is vital for them to come to fruition.

Cork Chamber President Bill O’Connell spoke eloquently about what Cork has to offer and the ambitions the Chamber has for the region over the next 30 years. With a growing population and improving economy there’s no reason why Cork cannot be the key economic driver of the region and being more of a counterweight to Dublin.

In fact, the Chamber’s vision for 2050 is that of 850,000 people in the greater Cork region and to plan and build for a smart, sustainable, and high density city.

The Chamber will be sure to keep the pressure on the Government to deliver on these promises, however, there should be a lot of optimism in Cork as these major projects, when they do happen, will make Cork a better place to do business in.