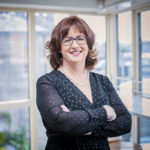 I recently had the pleasure of facilitating a panel discussion at the PRII Annual Conference which took place on November 3rd and 4th. This year’s conference theme was ‘Turning Challenges into New Possibilities’ and was the first to be held virtually. This afforded the opportunity to include speakers and delegates from around the world.

There is always a media panel discussion at the annual conference and it’s usually one of the most anticipated sessions.  This year’s session, entitled ‘The Media is Dead: Long Live the Media’, did not disappoint!

We were joined by four seasoned practitioners:

The discussion was wide-ranging and we tackled such questions as:

In what was a stimulating, but much too short, three quarters of an hour, the panellists gave their views on these questions, discussed the particular challenges that are keeping them awake at night and what’s on their minds as they look ahead to 2021.

In a positive and constructive discussion that demonstrated a real sense of collegiality, all the speakers agreed on the importance of quality journalism, particularly in the midst of a pandemic; that truth matters and that journalism in Ireland matters; and that people are prepared to pay for news but that quality journalism shouldn’t be the preserve of those that can afford to pay for it.

Some key takeaways from the session included:

1. RTÉ has been at the forefront of the national conversation about the COVID-19 crisis since March and has arguably been the ‘go to’ source for reliable, trustworthy information during the pandemic.  Viewer figures for the Nine O’Clock news have risen by over 428,000 on any Monday night figures for the previous best month.

2. Building trust for online audiences and the introduction of stricter regulations on tech and media companies is critical, if we are to address the lost connection between people and the news.

3. The gap between traditional media and new / social media is widening and we need to consider the importance of maintaining journalistic standards into the future and the new rules of engagement. Traditional media have always had rules and processes in place around content and it’s not new for them to explain their processes.

4. The importance of fact checking organisations and the challenge of media literacy cannot be over-estimated.

As a side note, many delegates commented on the connected themes that ran through the conference from one session to another. For me, Professor Jim MacNamara of the Sydney University of Technology discussion on post-truth and post-communications resonated with me. I was very struck by the strategies he put forward to combat post-communications including:

All of these were points that our four panellists referred to.  As Áine Kerr said, we are at a ‘moment of correction’ and, according to Jon Williams, people in Ireland are more interested in news and current affairs than anywhere else he has lived.

As the session concluded, there was consensus among the five of us that although there are many challenges ahead for all of us who value quality journalism, we can all agree that #JournalismMatters.